“Ontario Court of Appeal Rules Structured Settlements Are Not Property”

While many couples believe when they enter into Marriage, either formally, or via a common-law relationship, they will stay together for as long as they both live, unfortunately this does not always turn out to be the case. Many marriages end as a result of issues dealing with finances, particularly those where one of the parties suffers a personal injury accident and subsequent settles their claim.

A significant recent Ontario Court of Appeal court ruling should give couples pause as they think about what happens if a long-term relationship ends. In this blog post, I examine the recent decision, explain why it should have a significant impact on personal injury awards, and suggest that injured claimants in personal injury actions may now have more reason than ever to choose to place some or all of their settlements into a structured settlement.

THE CASE AND THE DECISION

Only months after Donna Hunks married her husband Gary she suffered an accident, became disabled and was not able to return to her previous employment.

When the Hunks separated in 2011, after 15 years of marriage, Ontario’s Family Law Act stipulated that, with few exceptions, “property” acquired during the marriage would be split evenly between the parties. In 2015, an Ontario Superior Court decision had concluded that Donna Hunks’ structured settlement payments were similar to a pension, and therefore part of the matrimonial property that would be split evenly.

However, on March 27, 2017, the Court of Appeal ruled unanimously that this decision was incorrect; Donna Hunks’ structured settlement payments were deemed to be more closely aligned to disability benefits which are considered income under the law.

WHAT DOES THIS DECISION MEAN FOR PERSONAL INJURY CLAIMANTS?

If a lump sum award for such damages is used towards a matrimonial home or as part of a shared investment, it would then be considered shared property and divided equally upon the dissolution of the marriage. There are ways to protect yourself if you opt for a lump sum payment and plan to use the money in these purposes, but they entail some delicate conversations with your current or future spouse and a lawyer to draw up a marriage contract.

In the Hunks ruling, the judge found structured settlements to be payments that would, in whole or in part, replace the income that Donna Hunks would have otherwise been earning had she not suffered her personal injury accident. As such, they are a replacement for a lost future income stream than a pension that had been accrued. That future is not certain.

THE CASE FOR STRUCTURED SETTLEMENTS

A personal injury award is not like a lottery win. However, if a personal injury does occur and money in damages is awarded, like real lottery winnings, lump sum payments are often at great risk of being lost prematurely due to poor investments or poor planning. Moreover, although lump sum awards are tax-free, the income derived from them is taxable. Structured settlements, on the other hand, offer a guaranteed, tax-free annuity. This form of award disbursement is one of the most secure investments available, and yet it still generally – sometimes significantly – outpaces other types of guaranteed investment.

The Ontario Court of Appeal ruling in the Hunks’ case reaffirms that structured settlements offer personal injury victims a safe, secure, and dependable way to manage and invest the damages awards they receive – no matter what the future holds. In some instances, that future will hold a partner to share it with. But while that partnership may have ended for Donna Hunks, her life-long structured settlement payment plan will not.

Your Partners In Service™ 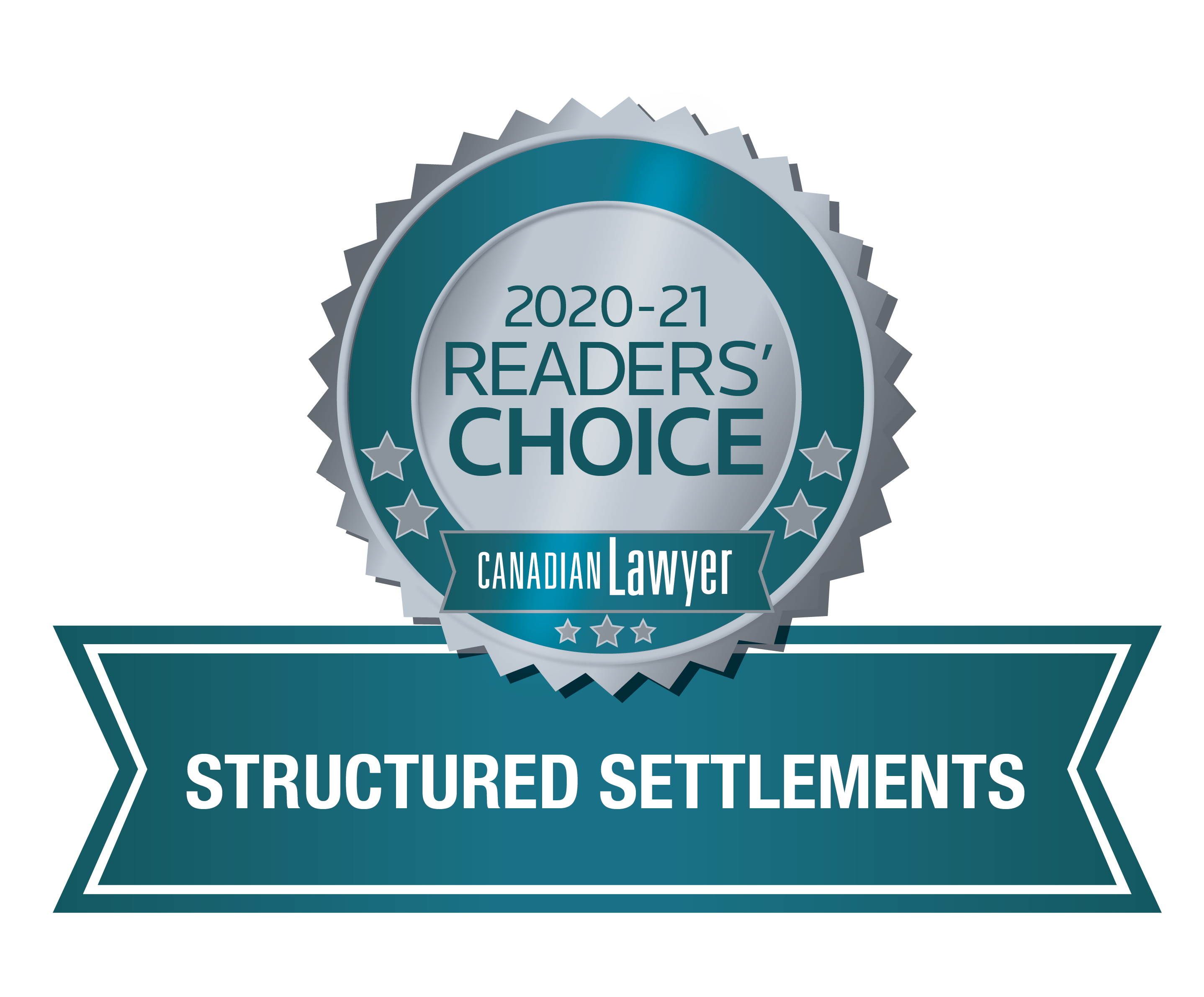